skip to main | skip to sidebar


I had the pleasure of revisiting one of my old schools last week. I had been invited to speak with a group of sixth formers, all of whom happened to be girls.

I had been invited by Eddie McCamley, my former history teacher. Although no longer teaching, he now spends his retirement assisting the school to connect with former pupils.

I'll not tell you exactly what year I left Belfast Royal Academy, but it was lovely to be back and as I walked through the school it brought back many old memories.  Belfast Royal Academy is the oldest school in Belfast, established in 1785 in what is now the Academy Street area.  It moved to its current site on the Cliftonville Road in 1880.

I had only been at the school up until 3rd year, as it was known then, but living at the time at the top of the New Lodge Road, during some of the most troubled years, it was a sanctuary for the many young people who went there.  I noted the diversity of the school now, and it was great to see young people from a wide range of cultures and communities learning together in an atmosphere of tolerance and respect.

I was reminded of the day that there was trouble in the area and the Headmaster of the time personally walked my sister and I along the Antrim Road to make sure that we got home safely.  I was more concerned about being seen under the escort of the Headmaster than being harmed by any trouble that was going on.  On reflection I was very grateful to him for such care and consideration.  It was perhaps an indication of a teacher's standing at that time that he could march us unscathed down the Cliftonville Road towards home.

I had been asked to share my career experiences with the group of girls and then to take some questions.  It always amazes me how interested, informed and challenging a group like this can be. Their questions were refreshingly direct, frank, insightful and thoughtful.

One thing that was clear , there was an appetite amongst a number of them considering a career in policing.  They were interested to hear more about when we will be recruiting, what the selection criteria would be and what was required during training.  I was able to let them know that we would be seeking to recruit again in the near future.

They also asked about balancing a family life with a policing career and how I had coped with the various challenges over my 31 years policing experience.  I was able to reassure them that despite all the challenges, past and present, I did try to live a relatively normal life outside of the day job.

It was lovely also to catch up afterwards with the Headmaster, Mr Dickson, and to share reflections on our school days.  In this regard it is important that I pay tribute to those teachers who had such an important influence on me, both at Belfast Royal Academy and later at Regent House School, Newtownards in my formative years.  We sometimes forget what an important and influential job teachers have, in particular those who work so hard across communities to bring children together in an atmosphere of understanding and mutual respect.  Such early investments, I am convinced, can have long term rewards.
Posted by Police Service of Northern Ireland at 12:08 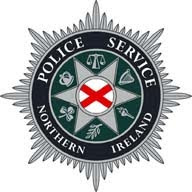